Metro Center is the central hub station of the Washington Metro rapid transit system in Washington, D.C.Metro Center was one of the original Metro stations, and has been in service since March 27, 1976.

Metro Center is on the Blue, Orange, and Red Lines, and is a transfer station between the Red Line and the already-joined Blue and Orange Lines. It is also planned to be on the Silver Line route, which is scheduled to start operations in 2013.

Metro Center is located in downtown Washington, under an area roughly extending east–west from 11th to 13th Streets Northwest, and north–south from F to H Streets Northwest. Its entrances are on G Street at 11th, 12th, and 13th Streets, and at the corner of 12th and F Streets. The station's only street elevator is on the west side of 12th Street north of G Street. It is the second busiest station in the Metrorail system after Union Station, averaging 30,500 passengers per weekday as of May 2006.

The mezzanine (upper) level of the station contains side platforms for Red Line trains traveling towards Glenmont and towards Shady Grove. Orange Line and Blue Lines trains traveling in both directions share a center platform on the station's lower level.

A Metro sales office is located on the mezzanine level of the station on the platform for Glenmont-bound Red Line trains, near the 12th and F Street entrance. The Grand Hyatt Washington is connected to Metro Center, as is downtown's only remaining department store, Macy's. During the mid-20th century, the area was the commercial heart of Washington, housing many department stores, theaters, offices, restaurants, and entertainment venues. Due to a combination of disturbances associated with the 1968 riots, the opening of new suburban malls, and concentration of new commercial building near K Street–Farragut Square, the Metro Center area declined. It later successfully revived. The Shops at National Place is an adjacent two-level dining/shopping complex.

The station is located so close to the Gallery Place station (which connects to the Yellow and Green Lines) that the lights of each station are visible to the other through the tunnel. Plans have long been in the works to add a pedestrian tunnel to connect Gallery Place–Chinatown with Metro Center and provide pedestrian access to five (eventually six) different Metro lines. The most recent major development was the completion of a "Gallery Place/Chinatown - Metro Center Pedestrian Passageway Tunnel Study" in July 2005.

Map of the area 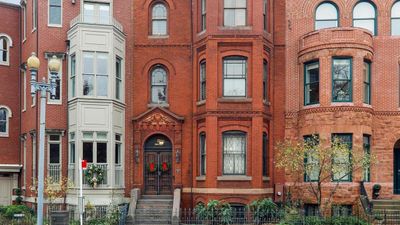